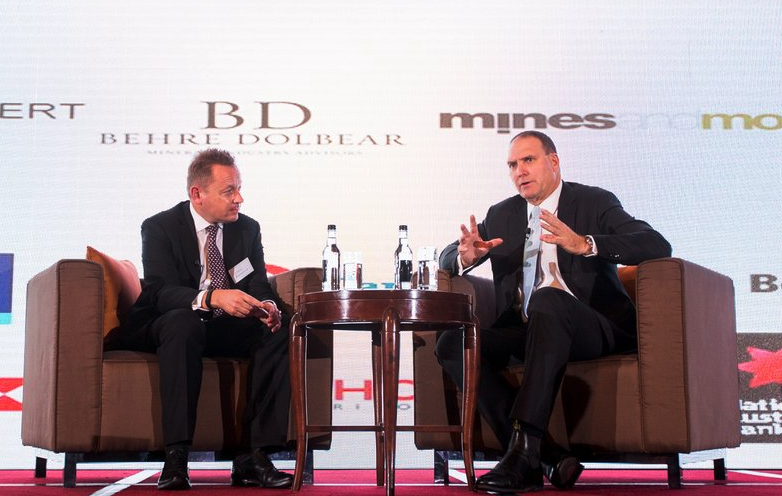 Asia Mining Club is excited to announce that Nev Power, Chief Executive Officer of Fortescue Metals Group Ltd, will be the guest speaker for the first Asia Mining Club event of 2015.

Don’t miss this rare opportunity to hear from and meet with this influential leader in the mining sector. With the event expected to sell-out, be sure to register early to secure your seat.

The discussion will be led by Asia Mining Club Founding Member, Tim Goldsmith, Partner of PwC.

Since his appointment in July 2011, Fortescue has tripled its production to over 155 million tonnes per annum and in 2014 generated revenue of US$11.8 billion. The company is recognised for its unique culture, innovation and world class infrastructure and mining assets in the Pilbara, Western Australia.

Fortescue believes in generating long term value for its stakeholders through empowerment, valuing communities and respecting the environment. Nev has led Fortescue’s commitment to safety excellence, and to the Billion Opportunities program which has awarded over A$1.7 billion in contracts to Aboriginal businesses.

Prior to joining Fortescue, Nev held Chief Executive positions at Thiess and the Smorgon Steel Group.

As well as his considerable experience in the mining, steel and construction industries, Nev has an extensive background in aviation and agribusiness. He is a highly accredited commercial pilot holding both fixed wing and helicopter licenses. Nev was raised on a grazing property in western Queensland and continues to run the family cattle business. He is a passionate advocate for the development of northern Australia and for its communities to reach their full potential.

Nev holds a Bachelor of Engineering and a Masters of Business Administration. He is an Executive Director on the Fortescue Board, a Fellow of both Engineers Australia and the AusIMM and a member of the Australian Institute of Company Directors.